First National Bank of Ava’s charter began on October 20, 1916 in Willisville, IL.  After 11 years in Willisville, the bank moved to the “Old Bank Building” in Ava, IL on July 1, 1927.  There, the bank continued to grow, and in 1954 relocated one block east to the present location.  The building was expanded and remodeled in 1977, and again in 1992.

The bank continues to focus on sustainable, community-oriented growth.  We remain committed to being locally owned and operated. 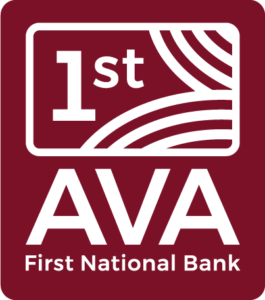